Here are a few examples of what the Public Policy Team has been advocating for within the federal government:

The purpose of the Accessible Canada Act is to make Canada barrier-free by January 1, 2040. This involves identifying, removing and preventing barriers in federal jurisdiction in the following priority areas:

After the Accessible Canada Act was tabled in the House of Commons, CNIB conducted a survey of clients and advocates to hear specific recommendations for strengthening the legislation from the sight loss community.

The Government of Canada is committed to eliminating systemic barriers and delivering equality of opportunity to all Canadians living with disabilities. That is why on June 20, 2018 the federal government introduced the Accessible Canada Act.

We used the recommendations and themes from our survey analysis to inform Members of Parliament and Senators as they studied what amendments might be necessary to the legislation. CNIB met with members of all parties to inform their studies of Bill C-81 with specific input from the sight-loss community.

CNIB was asked to appear before the House of Commons Standing Committee on Human Resources, Skills and Social Development, and the Status of Persons with Disabilities (HUMA Committee) as they studied the Accessible Canada Act. They heard from several disability groups, federally regulated employers, and Crown Corporations to inform their study of the Bill and hear what amendments might be necessary. CNIB also submitted a written brief to the Committee.

In 2020, the Canadian Transportation Agency implemented new protections under the Accessible Transportation for Persons with Disabilities Regulations (ATPDR).

CNIB is pleased to see our advocacy efforts taken into consideration in the Airline Passenger Bill of Rights, that specifically indicate equal access to information and enhanced accommodations for Canadians who are blind or partially sighted. Find out more at the Canadian Transportation Agency website.

The Canadian Radio-Television and Telecommunications Commission (CRTC) mandated in 2015 that by September 1, 2019, certain Canadian broadcasters are to provide four hours of described video per day during prime time (7 p.m. to 11 p.m.). Programming that is not well suited for described video, including newscasts and sports, are exempt from these requirements.

Months before this requirement was to take place, the CRTC received an amendment proposed by Bell Media Inc., Corus Entertainment Inc., and Rogers Media Inc. to their condition of license that would exempt them from providing described video to non-Canadian programs received less than 72 hours prior to broadcast without described video. Additionally, shortly following the initial application by the above three broadcasting distribution undertakings, the Newfoundland Broadcasting company, filed their own application to have the described video requirements amended.

CNIB filed objections to the amendment applications, arguing that the broadcasters had many years to come into compliance with the new primetime requirements for described video.

The CRTC ruled in agreeance with CNIB and the many other individuals and organizations that submitted objections to the broadcaster's applications. The CRTC now requires that all programming broadcast between 7:00 and 11:00 7/days/week contain described video. The only exceptions are for programs received less than 24 hours before being aired. Broadcasters are still required to provide these programs with described video on subsequent airings.

This only applies to content broadcast over conventional distribution channels and not online programs. CNIB is pleased to see that despite this exemption, some content is starting to be streamed with described video.

CNIB continues to advocate for all content to contain described video, either in post-production or embedded description as part of production.

These are just a few examples of areas where CNIB’s advocacy with the federal government has made positive changes within federal legislation and regulations for Canadians who are blind or partially sighted.

The Public Policy Team continues to bring a sight loss lens to a wide range of topics within the federal government to make sure new legislation, policies, and programs do not create further barriers to inclusion for Canadians who are blind or partially sighted. 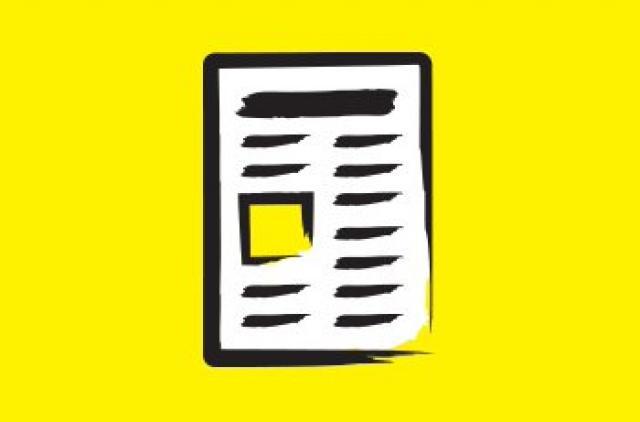